In Jacob Mathew vs State of Punjab case, Court applied BOLAM Test in the case of medical negligence and gave guidelines by Court for prosecuting medical professionals for offences of which criminal rashness or criminal negligence is an ingredient.

1. The accused contends that no specific allegation of any act or omission against the accused persons in the entire documents comprising filed by the police against them.

The question was whether the accused committed negligence? If so, whether it is a civil liability or criminal liability, and how will it be determined?

(i) Mere deviation from normal professional practice is not necessarily evidence of negligence.

(ii) Mere accident is not evidence of negligence.

(iii) an error of judgment by a professional is not negligence.

(iv) Simply because a patient has not favorably responded to a treatment given by a physician or a surgery has failed, the doctor cannot be held liable per se by applying the doctrine of res ipsa loquitor.

1. Court applied Bolam Test (Bolam vs Friern Hospital Management Committee), to determine whether 304A IPC would apply. As per Bolam Test, the standard to be applied for judging, whether the person charged has been negligent, would be that of an ordinary competent person exercising ordinary skill in that profession.

2. A clear distinction exists between “simple lack of care” incurring civil liability and “very high negligence” which is required in criminal cases. To apply 304A IPC, the act must be ‘recklessly’ or ‘rashly’ or ‘grossly’ negligent, which no ordinary professional would do, knowing that it could have serious consequences.

3. It is not the case where the accused was not a doctor qualified to treat the patient whom he agreed to treat. It is a case of non-availability of oxygen cylinders because of the hospital having failed to keep available a gas cyl or because of the gas cyl being found empty. Then, probably the hospital may be liable in civil law but the accused-appellant cannot be proceeded against under section 304A IPC on the parameters of the Bolam test.

Guidelines by Court for prosecuting medical professionals for offences of which criminal rashness or criminal negligence is an ingredient:

The person accused cannot always be supposed to have knowledge of medical science to determine whether the act amounts to a rash or negligent act within section 304-A IPC. He has to seek bail to escape arrest, which may or may not be granted to him. In the end, he may be acquitted, but any standards can not compensate for the loss which he has suffered in his reputation. There is a need to protect doctors from frivolous or unjust prosecutions in the interest of the entire society.

1. A private complaint may not be entertained unless the complainant has produced prima facie evidence before the court as a credible opinion given by another competent doctor to support the charge of rashness or negligence by the accused doctor.

2. The investigating officer should, before proceeding against the doctor accused of rash or negligent act or omission, get an independent and competent medical opinion preferably from a doctor in government service, qualified in that branch of medical practice who can normally be expected to give an unbiased opinion applying the Bolam test to the facts collected in the investigation.

3. A doctor accused of rashness or negligence may not be arrested routinely (simply because a charge has been leveled against him). Unless his arrest is necessary for furthering the investigation or for collecting evidence or unless the investigating officer feels satisfied that the doctor proceeded against him would not make himself available to face the prosecution unless arrested, the arrest may be withheld.

Found Dr Jacob Mathew v State of Punjab case summary useful? We have a bunch of useful topics from the law of tort which will help you in your preparation here >>> LAW OF TORT 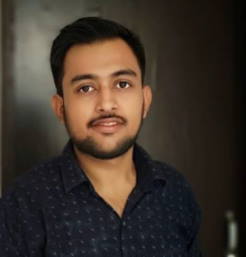